Scenario: You downloaded the evaluation copy of Windows Server and you have 180 days to test out whatever you are working on.  Fast forward a few months and you only have a few days left and you are so happy with how it works, you go out and buy the whole license key.  When you go to apply the license key under System, you get a big ol' error that says: "This edition cannot be upgraded." 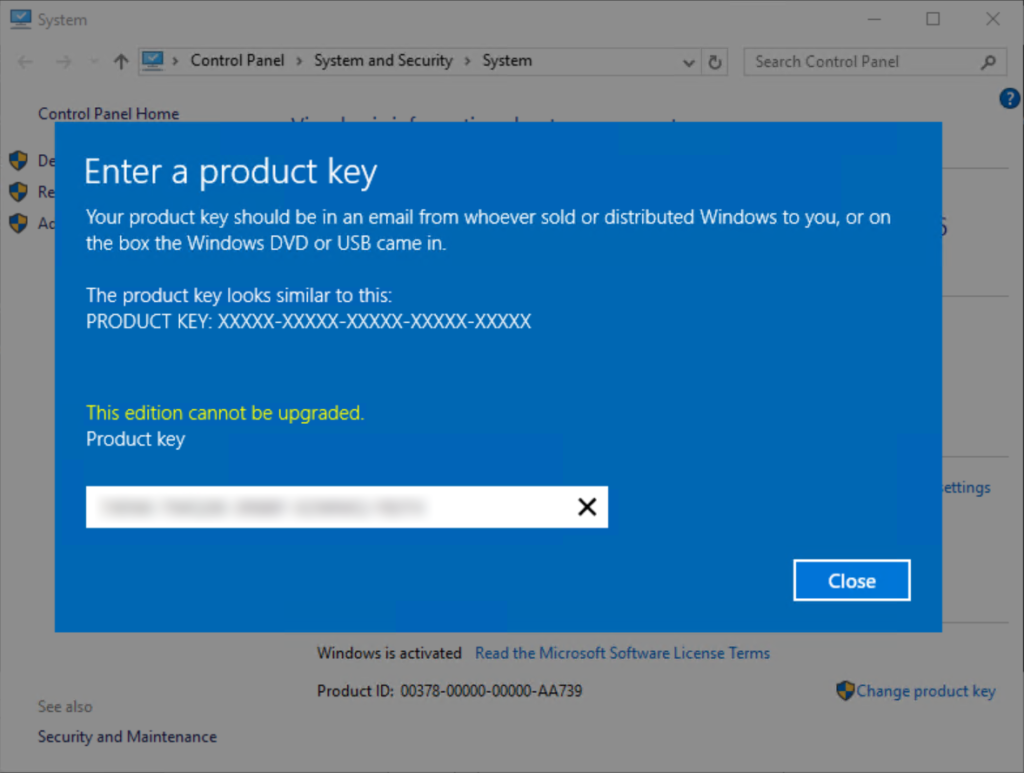 You can use the DISM tool to figure out what versions of Windows Server you can upgrade to, and also use the tool to help change the product key of the version installed. 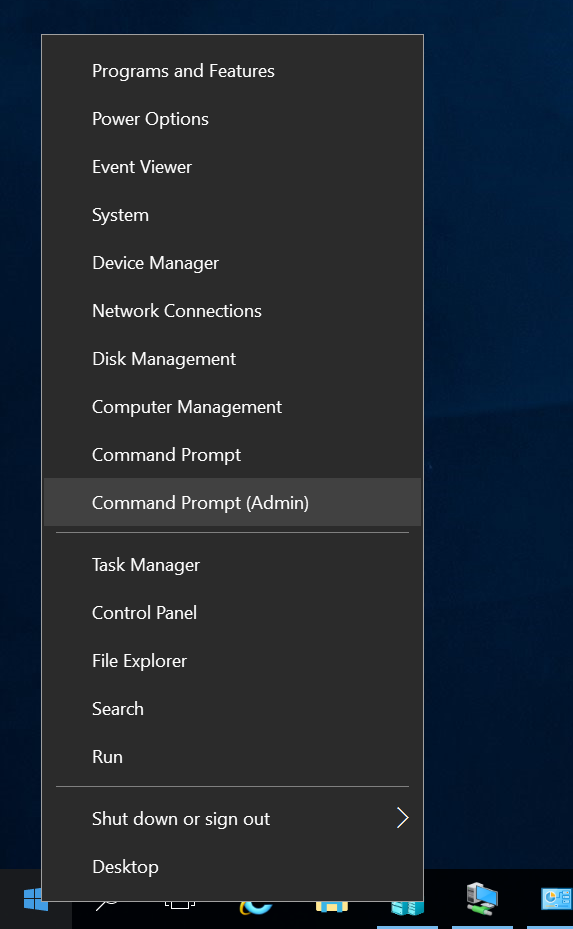 Execute the following command to find out what versions you can upgrade to:

In this case, you can see I can upgrade to ServerStandard or ServerDatacenter

Next, let's go ahead and actually upgrade the edition and inject my license key:

Viola!  At this point, I simply need to reboot and my instance will be upgraded accordingly.

Here is the uninstall DirSync and install AADSync process

This guide will show you what steps are needed to get your Cisco 5508 Wireless LAN Controller to the latest and greatest state.

If you wish to push the firmware manually via TFTP or FTP, you can use the following commands below (order doesn't matter as long as transfer download start is entered last).  The process is the same for uploading the firmware to the WLC, you only need to swap out the filename for either the FUS firmware or WLC firmware.

Release 1.9.0.0 for the Field Upgrade Software

Notes: While upgrading our WLC from stock firmware, I received a strange error stating % Error: Code file transfer failed – Error while writing output file.  Please see my other blog post in regards to upgrading really old firmware on this device to the latest version: http://jackstromberg.com/2014/04/cisco-wlc-firmware-upgrade-error-code-file-transfer-failed-error-while-writing-output-file/

Scenario: You want to upgrade your ADFS 2.0 or 2.1 farm using WID (Windows Internal Database) from Server 2008 R2 to Server 2012 R2.  In this scenario, I have 2 ADFS servers (one as the primary and a second for failover purposes), and 2 ADFS Proxy servers (for load balancing/failover purposes).

NOTE: Prior to writing this article I had only found limited documentation provided by Microsoft on a proper upgrade path for this.  Since then, it apperas that tools had been included with the Server 2012 installation media which will greatly cutdown on the number of steps needed as well as provide as little downtime as possible.  I would highly recommend giving this article a read before proceeding with my article: http://blogs.technet.com/b/askpfeplat/archive/2014/03/31/how-to-build-your-adfs-lab-part4-upgrading-to-server-2012-r2.aspx

My article should still work, but it is definitely not the most efficient way to do an upgrade as pointed out in the technet article above.  My guide essentially goes over cutting over to a completely new ADFS deployment "an upgrade", side-by-side to your production environment. As pointed out below, you cannot add a Server 2012 R2 machine to a Server 2008 R2 ADFS farm as documented in their earlier help articles.

Notes: Here is the upgrade compatibility matrix for upgrading ADFS from a specific version to Server 2012: http://technet.microsoft.com/en-us/library/jj647765.aspx 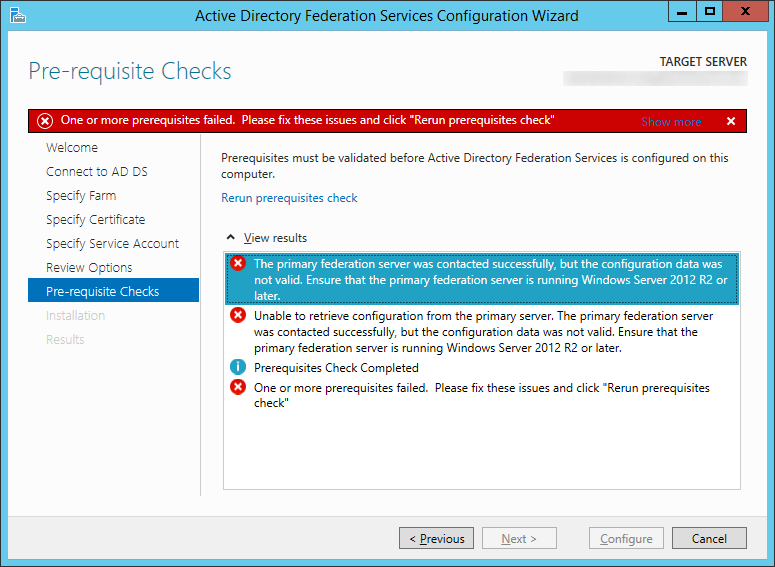 Symptom: You receive the following error while setting up the WAP (proxy) server:

An error occurred when attempting to establish a trust relationship with the federation service. Error: Not Found 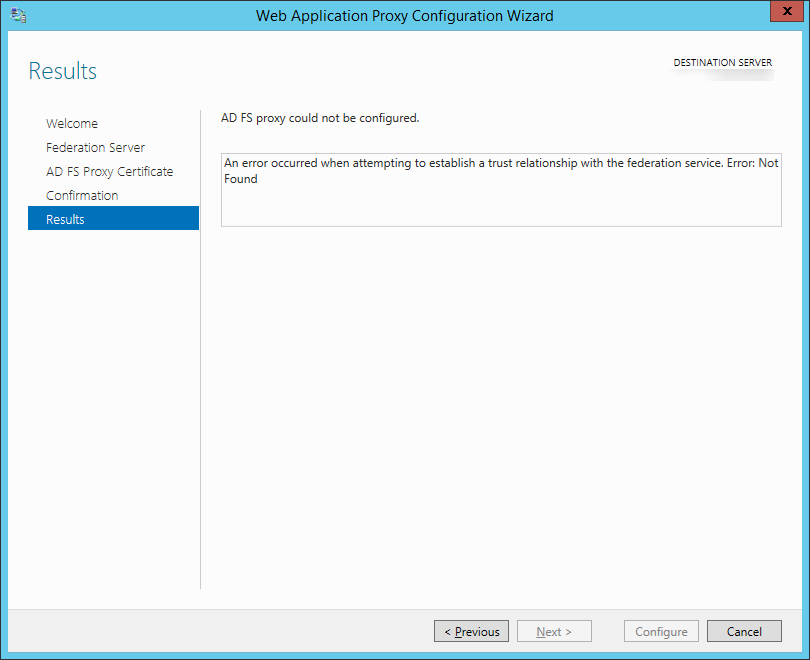 Resolution: Make sure you update the DNS records of your ADFS deployment to point to your new ADFS server.  Both the ADFS proxy and ADFS server must be running the same OS version (in this case, Server 2012 R2).

Here are my notes on rooting and installing Cyanogenmod 11 (Android 4.4 KitKat) on my Motorola RAZR Maxx.  This guide follows almost the exact same steps as my previous guide found here: http://jackstromberg.com/2013/09/tutorial-rooting-and-installing-cyanogenmod-10-2-w-google-apps-on-the-droid-razr-maxx/

If you followed my previous tutorial and are trying to upgrade to Cyanogenmod 11, follow this guide starting at step 18.  If you receive Error Status 6 when installing new Cyanogenmod version, please see the notes at the bottom of this guide.

By reading this, you are agreeing that I take no responsibility for what you do with your phone, nor will send me angry emails saying I janked your phone.

If you receive the following error when trying to install the Cyanogenmod 11 package:

In this article, I have documented the steps I took to update our two domain controllers to Server 2012 R2 from Server 2008 R2.  While this can be considered a tutorial, it is more a reflection of what I did during my migration process.  This guide assumes you have already made backups of your environment, all Windows Active Directory Domain Controllers in the forest are running Server 2003 or later, and we will be recycling (reusing) the same two servers you deployed.  Last, Microsoft strongly recommends we do a clean install and not directly upgrade each server, so we will decommission a DC, reinstall windows, and then redeploy the DC until the entire environment has been upgraded.

Official information on removing a domain controller from the domain can be found on Microsoft's website here: http://technet.microsoft.com/en-us/library/cc771844(v=ws.10).aspx

Symptom:
You receive the following error when trying to publish your new Lync Topology, after removing the last Lync 2010 Front End Server.

Result: Call orbit depends on an application server that is being removed.
ServiceInUse: The new topology XML removes services that will create stale configuration settings.
ServiceInUseResolution: Consult your Lync Server documentation to learn how to to disassociate the service of the settings using it.

Solution:
Open up the Lync Server Management Shell as an Administrator on a different Front End server that you aren't retiring and execute the following command:

For each of the returned results with the AnnouncementServerFqdn matching the server you are trying to retire, execute the following command:

Alternately, you can change the Front End server these numbers are on through the Lync Web GUI (Cscp).  To do so, navigate to the Lync Server 2013 Control Panel, click on Voice Features->Unassigned Number, and then double click every entry that has a destination with the old Front End.  When the Edit Unassigned Number Range dialog shows up, type in the FQDN to the new Front End Pool/Server and then click OK. Repeat for each number.

Lastly, if you want to cleanup your Lync server, you can remove all instances of the old Announcements using the following command:

Alternately, if you published the topology, you may have to remove the Announcements individually by using entering the command below with the entire Identity value or via the old ApplicationServer's name (in my case it was 1-ApplicationServer-1 as shown below):

Once all Unassigned Numbers have been moved to the new Front End server or pool, you should be able to successfully publish your topology.

Symptom:
You receive the following error when trying to publish your new Lync Topology, after removing the last Lync 2010 Front End Server.

Solution:
On one of your front end lync servers, open up the Lync Server Management Shell as an Administrator.  Once open, execute the following command:

For each of the items that have a ServiceID referencing the Front End server you are trying to retire, execute the following command (replacing the appropriate values with the output found from the previous command):

After all conferences have been moved off of your Lync 2010 Front End server, you should be able to successfully publish the topology.

Earlier this week I decided to update NetFlow and came across some weird stuff. I updated NetFlow first, all went all. Updated NPM to 10.4 and all heck broke loose. The following messaged started to popup when going to the Netflow tab of SolarWinds:
"Error: NetFlowService inaccessible. Verify that service is 'Started'. » More Information"

I had tried restarting the SolarWinds Netflow service, rebooting the whole machine, running the repair option of Netflow via the installer, and creating a whole new database; neither of which prevailed.

Finally I opened up a ticket with SolarWinds and it turned out to be database connectivity issues. After troubleshooting with a tech for a few hours, eventually I had this escalated to the dev. team. Turns out that the database configuration file has issues reading "s and they have you replace the passwords with 's.

Please note that I am not speaking on behalf-of Microsoft or any other 3rd party vendors mentioned in any of my blog posts. All of these posts are more or less reflections of things I have worked on or have experienced. These articles are provided as-is and should be used at your own discretion.

Did this article help?